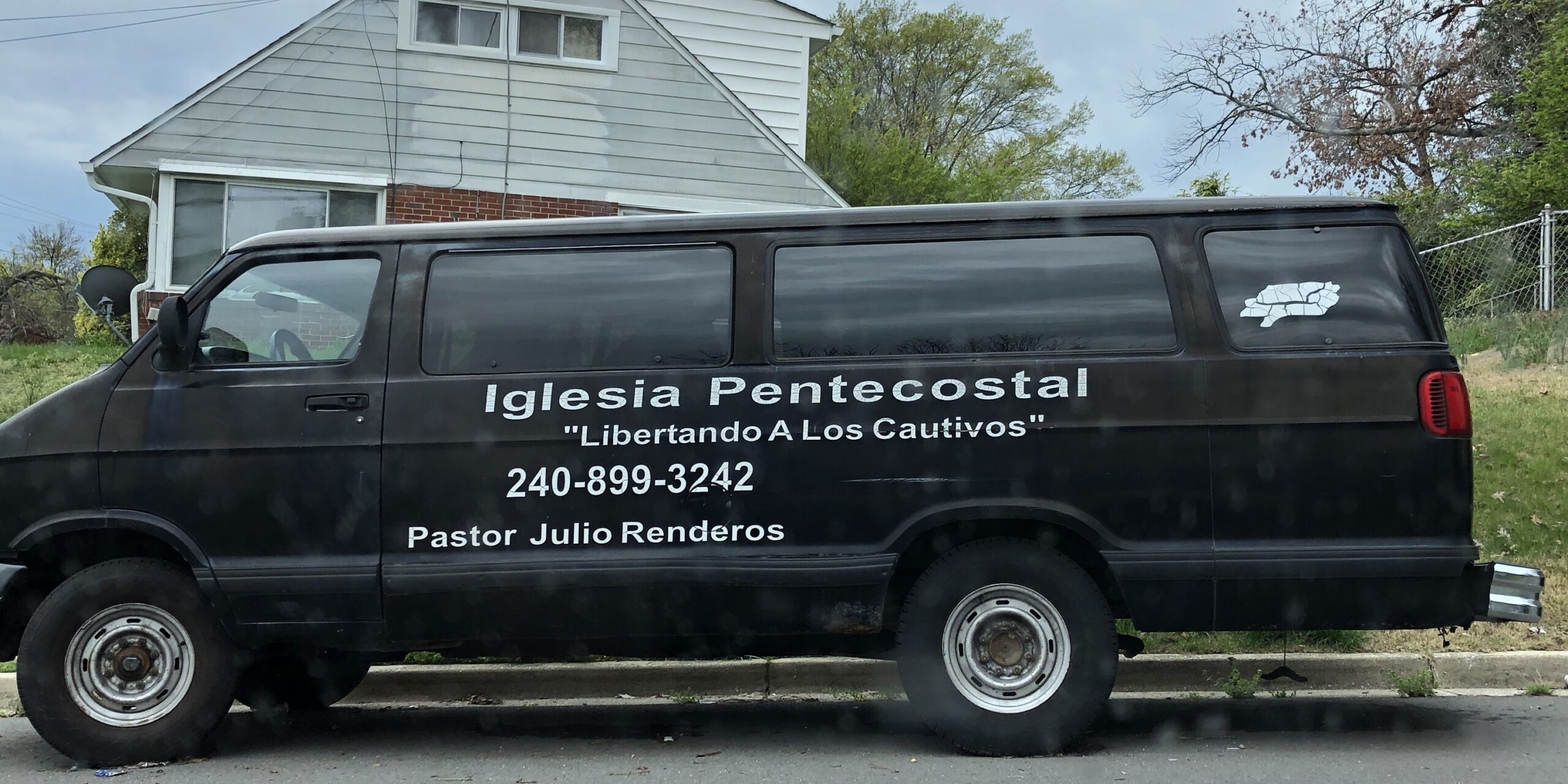 Early on the Religious Workforce Project (RWP), like other congregational studies, faced a sampling challenge: what list of congregations would we work from for recruiting churches into our study?

Some significant studies from the 1990s drew their research sites right from the yellow pages. Since 2000, researchers have been able to use newer strategies such as the U.S. Religious Census or even publicly available data from search engines like Google. The Religious Workforce Project took a different approach.

This approach has several advantages. One is that increasingly small to medium congregations — especially newer mission churches and immigrant congregations — may borrow or rent space from an existing congregation. Often, if we are onsite we can observe additional public signage indicating that this is the case. Two, we can also observe some of the non-traditional spaces that congregations use for worship, office space, and other gatherings.

We began mapping suburban communities in Maryland during the first lockdown period of the Covid-19 pandemic. As a result, many were home during the day when they otherwise might not have been. In a neighborhood known for its Latino community, we discovered signs of a kind of religious work and workforce we had not considered: vans. Yes, that’s right vans — like as in the (often white) fifteen passenger variety used by churches and plumbers alike. Without exception these vans would have the name of a pastor and a phone number; often they also had the name of the ministry and perhaps a website. These vans were parked at residential properties and there were a lot of them. Dozens of them, in fact. And this raised some interesting questions slighly outside of the scope of our present study, but certainly related:

As mentioned, these are questions that are outside of our present study, but they do point to the broader reality that we are trying to address. The varieties of religious work, the demographics of those who perform this work, and the actual day-to-day nature of local religious leadership is not well understood.