How are Clergy of Color Faring in the Evangelical Lutheran Church in America? 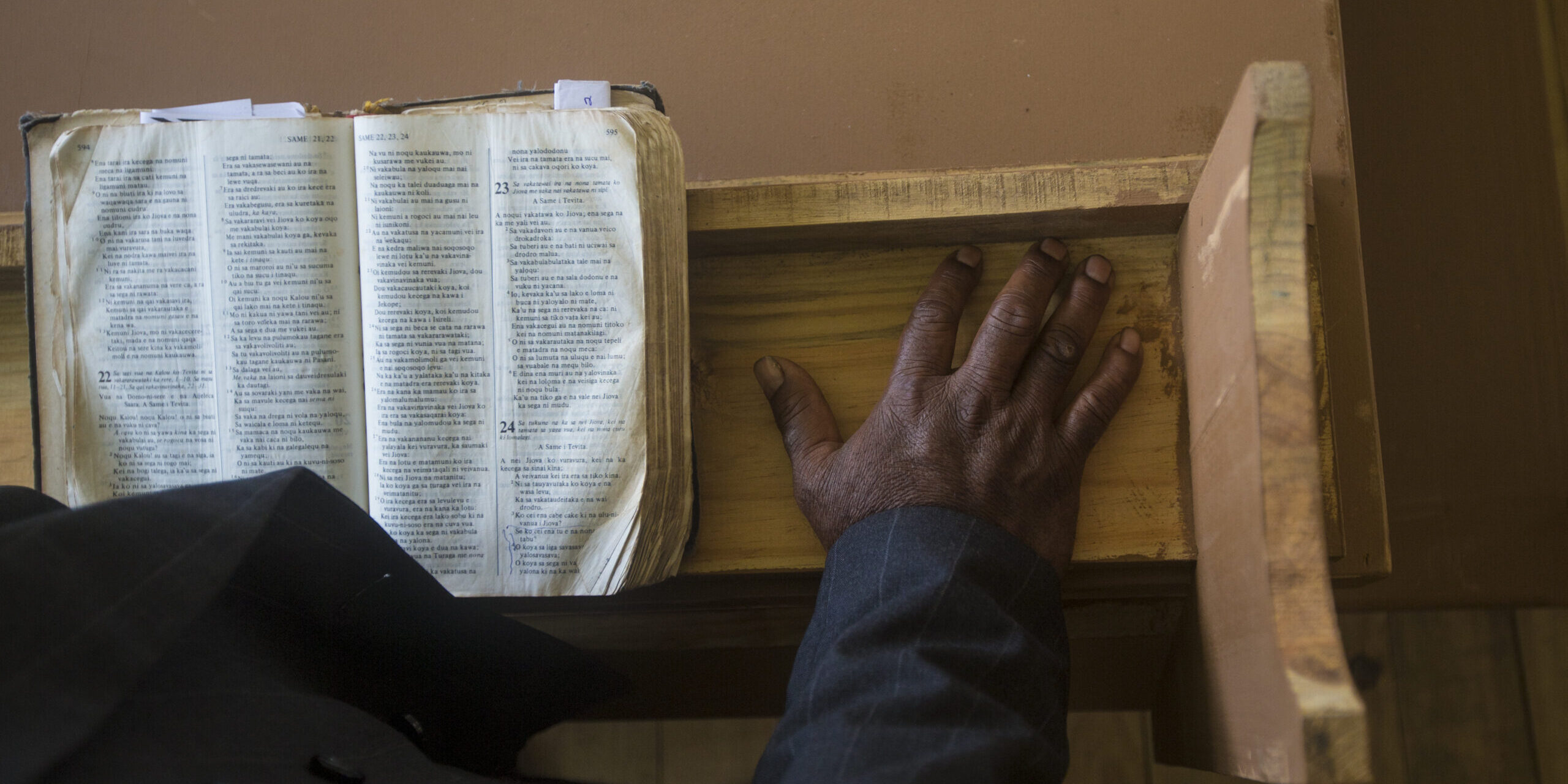 The Evangelical Lutheran Church in America has had goals and policies in its churchwide office and synods since the late 1980s to increase racial and ethnic diversity. When the American Lutheran Church and the Lutheran Church of America merged to form the ELCA in 1988, the leaders of the new denomination set a Constitutional goal of having 10 percent of the denomination’s membership comprised of racial and ethnic minorities or people who spoke a language other than English as their first language1. The Constitution, Bylaws, and Continuing Resolution also set in place a quota system in which 10 percent of all national and synodical positions were to be reserved for racial and ethnic minorities.

Even though the ELCA has had quotas for minority leadership in churchwide and synodical positions, historically there have been no quotas reserved for minority lead pastors. So how have lead pastors who belong to racial and ethnic minority groups been faring over the past two decades? To find out, we analyzed data on ELCA congregations and their lead clergy for the period of 2000 to 20192. Here are some of our key findings:

1. The ELCA has seen some increase in clergy of color over the past twenty years, although the majority of senior or solo pastors are white.

Table 1. Percentage of lead pastors comprised of each racial or ethnic group in 2000 and 2019 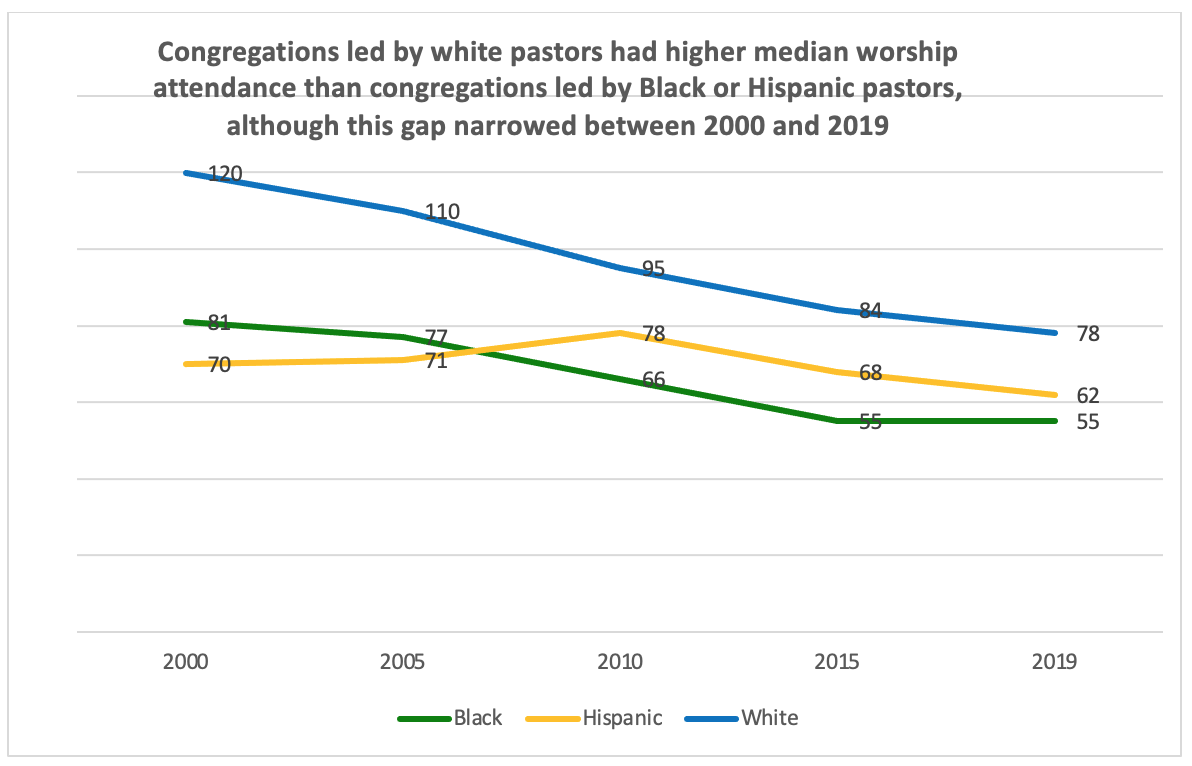 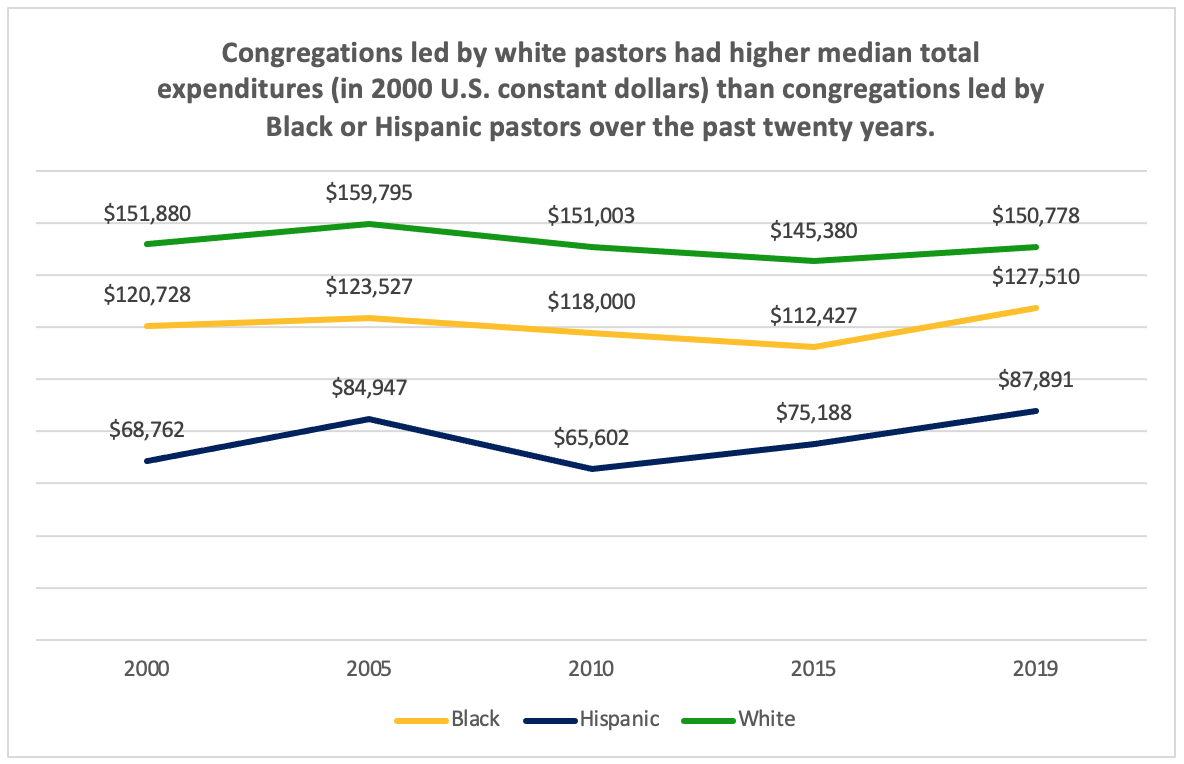 How can the ELCA promote greater equity in terms of the types of congregations to which racial and ethnic minorities receive calls as pastors? This is an important issue because the financial resources of congregations can impact the salary and benefits that they can offer to pastors. The salaries that pastors receive can then impact their financial security and economic well-being, and whether they can continue serving in pastoral roles or must seek employment outside pastoral ministry.

1 Mark Granquist, “North American Lutheranism and the New Ethnics,” in Lutherans Today: American Lutheran Identity in the 21st Century, ed. by Richard Cimino (Grand Rapids, MI: William B. Eerdmans Publishing, 2003), 180- 184; “How Strategic and Authentic Is Our Diversity: A Call for Confession, Reflection, and Healing Action.” As adopted by more than a two-thirds vote (855-13) by the 15th triennial Churchwide Assembly on August 9, 2019, in Milwaukee, Wisconsin, p. 7.
2 Denominational data have been generously provided to us by the Evangelical Lutheran Church in America Office of Planning, Research and Evaluation.
3 Because there are so few pastors who identified as American Indian/Alaska Native, Arab/Middle Eastern, Multiracial, or Other throughout the study period, we drop these groups from subsequent analyses.

Is Your Church Spending Too Much or Too Little on Personnel?
December 6, 2022
BLOG CATEGORIES
RECENT COMMENTS
RECENT POSTS
Go to Top