Clergywomen in the Evangelical Lutheran Church in America 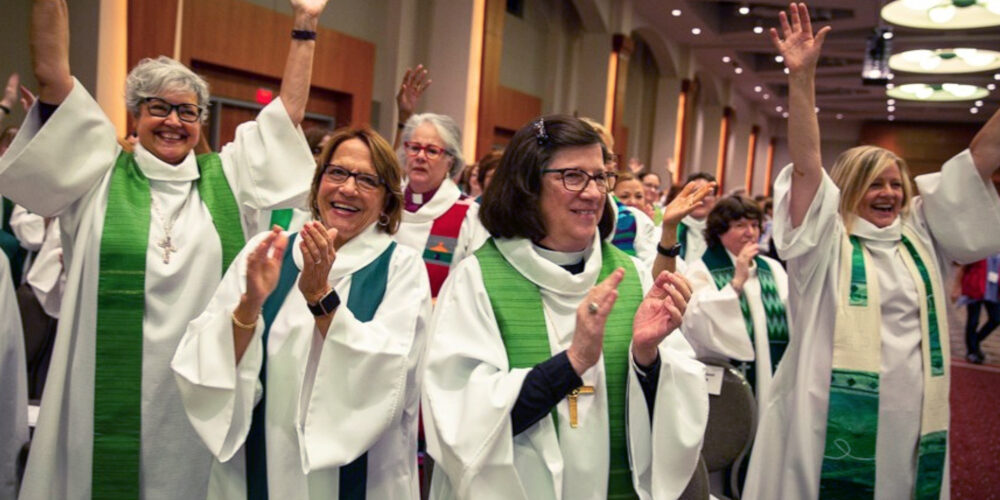 Lutheran women in the United States first gained the right to become ordained clergy in 1970 when the conventions of two predecessor denominations to the Evangelical Lutheran Church in America (ELCA) voted to approve the ordination of women that year[1]. In 1981, more than 10 years since Lutheran women in the United States gained the right to serve churches as ordained clergy, less than 3 percent of clergy in either of these two predecessor denominations were women. Women continued to become ordained ministers in greater numbers in the following decades. In 1990, 35 percent (157 women out of 315) of all those newly ordained that year were women[2].

So how have clergy women in the Evangelical Lutheran Church in America been faring during the past twenty years? To discover this, we analyzed data on ELCA congregations and clergy for the period of 2000 to 2019.  Here are some of our main findings:

1. The share of ELCA senior or solo pastors who are women more than doubled between 2000 and 2019. 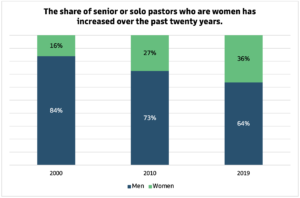 2. Historically there was greater gender parity among Black pastors than among white pastors in terms of proportion of lead pastors who were women, but by 2019 these differences leveled out. 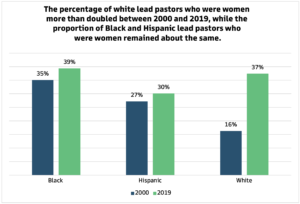 3. Women led smaller congregations than men (in terms of median worship attendance) throughout the past two decades, although this gap narrowed throughout this period. 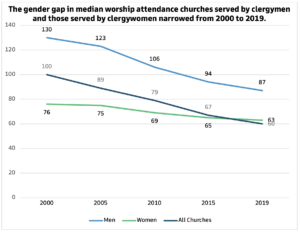 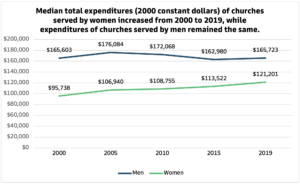 Clergywomen in the ELCA have made significant gains over the past two decades. However, they still have a way to go before they reach parity with clergymen in terms of the number of worshippers and financial resources of the congregations they serve. These findings are consistent with the findings of past research studies, which show that women tend to lead smaller congregations with fewer economic resources than do men[4].

[3] Results of crosstabulations of pastors’ race by gender in 2019 showed that there is no statistically significant differences in percentages of female or male pastors who comprise pastors of each racial group (Pearson chi-square = 9.12, p = .426).