The Pandemic’s Real Impact on Clergy and Congregations 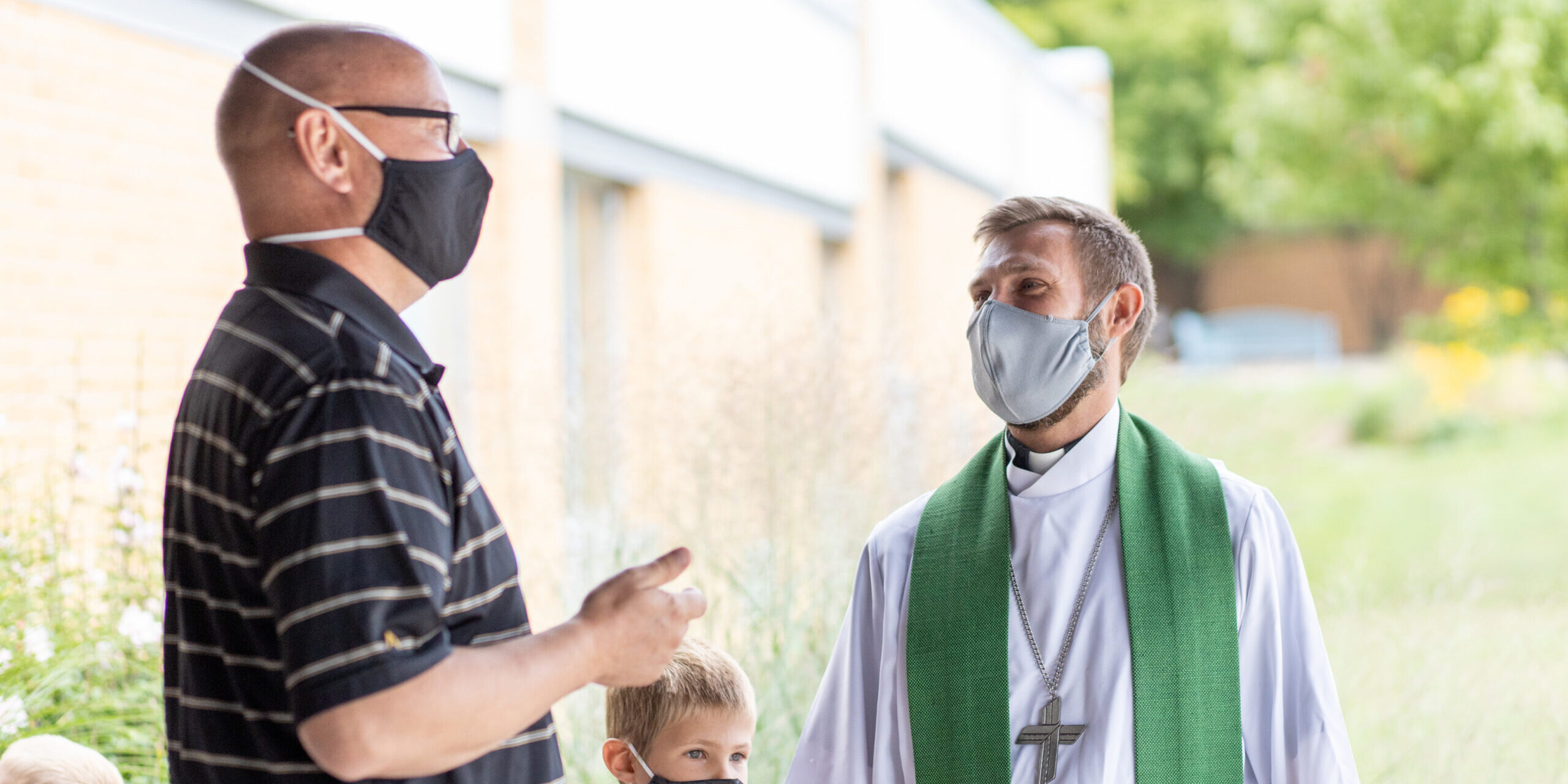 This article shares highlights from an in-depth interview with Scott Thumma, available in Leading Ideas from the Lewis Center for Church Leadership of Wesley Theological Seminary.

How has the pandemic shaped the vitality and resiliency of congregations? Did it really prompt large numbers of pastors to leave ministry? Doug Powe, director of the Lewis Center for Church Leadership, interviews Scott Thumma, principal investigator for the Exploring the Pandemic Impact on Congregations research project.

Douglas Powe: Can you share a bit about your research project. All of us who are living through this pandemic know it has created an impact, but you are actually documenting that impact on the life and health of congregations.

Scott Thumma: When the pandemic started, as a sociologist of religion, I quickly realized it was going to have a pretty profound effect on congregations, and it did immediately. But the longer the pandemic went on, the more profound I thought the challenges were going to be. We were in the midst of working on our Faith Communities Today national survey for 2020, which collected 15,000 responses from congregations. Most of that was just prior to the pandemic, so we’ve taken that as kind of a baseline measure.

I proposed to the Lilly Endowment a larger survey to look at how congregations were dealing with the pandemic, but mostly to look at the changes that were going to be happening over time. We put together a five-year project with key informant survey data across those five years. We have a longitudinal panel component. We also are doing case studies on about 100 congregations in eight different locations around the country. We’re trying to capture as much data around what congregations did during the pandemic, but also what they look like in 2023, 2024, and 2025 to see which things really don’t look the same as they did in the past.

Douglas Powe: I know you’re early into the project, but how do you think faith leaders have fared? Based on your early conversations, what toll has the pandemic taken on faith leaders?

Scott Thumma: Our first survey, conducted last summer, we asked the question “Was 2020 the worst year of your ministry?” About 65% said they had thought that at some point in 2020. Clearly every person and every religious leader that we spoke with talked about being exhausted and worn out. They were on creative overload for so long, and in congregations of about 250 attendees or less without much staff, much of that creative work rested on the shoulders of a single person, sometimes a person who works half time.

Douglas Powe: There’s been a lot of talk about the exhaustion, the creative overload that you just named. There has also been talk about pastors leaving the ministry in droves. You wrote an article “Is There a Great Resignation Brewing for Pastors?” that offers a more nuanced perspective. Can you share a bit about what you’ve learned about how many pastors really are running for the door?

Scott Thumma: Yes. In the same survey where we asked, “Was 2020 the hardest year of your ministry?”, we also asked, “Have you seriously considered leaving the ministry?” And about 37 or 38 percent said that at one point they had considered it. So, on the surface it looks like a massive number, almost 40%, beaten down by the two years of the pandemic. But that just didn’t resonate with what I was hearing from clergy. They had been up and down the roller coaster, but it was clear from my conversations that they weren’t ready to get off the ride. They may have thought about it at one point, but nevertheless they were still there. So, one aspect of our question was “How often did you think about leaving the ministry?” The people who are pondering this “fairly often” or “very often” drops to 8%, and “very often” drops to 3%.

The percentage of clergy who have given up on the profession is small, and when you dig even deeper, you see that they’re in difficult congregations to begin with. All the other measures that we have of conflict or decline over time or challenging financial situations are active in the congregations that these folks are coming from, so I think it’s not just a matter of clergy giving up because of the pandemic. But the pandemic exacerbated what they were already dealing with in the life of these congregations. This seems much more realistic than the notion of a massive, great reshuffling with all kinds of folks resigning.

Douglas Powe: How do you think the pandemic has impacted congregational vitality? Do you see congregations that have exhibited resilience or even real vitality during all the turmoil you just described?

Scott Thumma: That was one of the surprising pieces of the first survey we did. On the one hand, we had a devastating decline in attendance, a significant decline in volunteering, the closure of various programs, and no fellowship activities that knit people together. At the same time, you had an institution not known for being willing to change — certainly not change rapidly — transform itself almost overnight in terms of how they did worship, how they jumped on online giving and livestreaming.

As we interviewed pastors a year, almost a year and a half into the pandemic, a lot of them were saying “You know, we’re really proud of all that we’ve done.” One of them said, “We beat the pandemic”, because they motivated their people to change and to adapt and to innovate. I would never have guessed that. Based on the previous decades of research on congregations I have done, I thought a lot more were just going to close and wait this out. Until congregations get very, very large, they are just not known for nimbleness. But, organizationally, it was very clear that there was a willingness to survive that created quite a bit of resilience and innovation.

Douglas Powe: Have you discovered in conversations recently that they are still able to do some of that innovation or are you finding that individuals are slipping back into what they were doing prior to the pandemic?

Scott Thumma: That’s the real question: what comes next? As things continue to evolve, we see both stories and it’s going to be interesting to watch it develop over time. But we see that there are at least 30 to 40 percent of congregations that have taken this to heart and are continuing to try new things — in their Sunday school programs, tweaking their worship services to make them more adaptable to both virtual and in-person worship, finding creative ways of doing committee meetings. Maybe 50% of congregations are drifting back to old patterns and old habits.

Unfortunately, it does correlate a lot with size. And that’s incredibly easy to understand, right? A 60-person congregation with a three-quarter-time pastor just doesn’t have the resources or the energy, especially if maybe half those people are over the age of 60 or 65. It’s challenging for a lot of congregations. But some congregations live in areas that weren’t that directly affected by the pandemic. Their social patterns haven’t changed that much compared to congregations in more suburban and urban areas where the world is completely different than before.

Douglas Powe: What do you hope to share with pastors and congregations in the next 12 months that can help them address some of the challenges that you’ve raised?

Scott Thumma:  As I said, we really want clergy and congregational leaders to get the facts. It’s one thing to hear what’s going on around you, but I think it will be very helpful for clergy to see more broadly how congregations are adapting and changing and what practices work best.

We’re also now deep in these case studies. We’re doing interviews and focus groups and making observations within congregations. We’re trying to hear the stories and listen to people so that we won’t have just the sky-high statistical picture. We’re trying to fill that in with some rich examples and stories.

We’re hoping that over the next year this will help give clergy and other leaders a better picture of what’s really going on. It’s easy to get lost in the details of your own situation and think you’re alone in experiencing some of these things, but we hope that our findings will give clergy some hope and also some answers and resources.